It was great seeing a small ignition of interest in The Garden Path with the release of the teaser trailer a couple of weeks go. I was contacted by a YouTube channel to supply some footage of the game, and so was under pressure to cook up some footage that best represents the game as it is now.

A good few days of crunch involved mostly taking artwork from Krita and getting it into the game as usable assets to demonstrate as much content as possible. Crazy to think how much the game has visually changed even since the showreel back in April – finally seeing all the new artwork in place was a huge morale boost. I think the game is settling into a style that I'm feeling more confident with working in each day, and has everything feeling cohesive. It was great actually having the flora artwork to fill in scenes to create thick forestry, and get a feel for how the game might feel when closer to release. 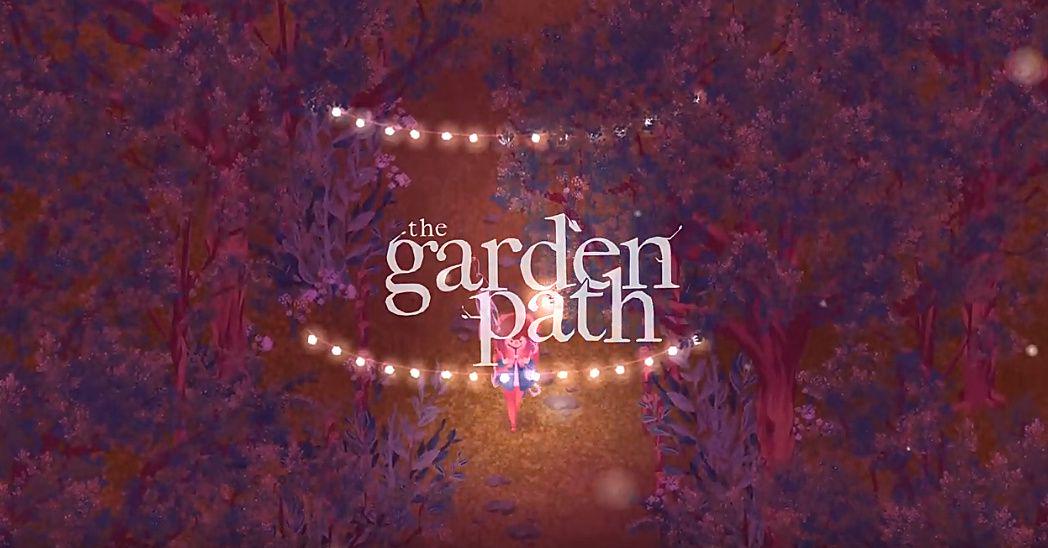 The 2 minutes was a good amount of time too, offering far more breathing room than the 15 seconds of the Godot showreel (often cut down to 10). I was worried I wouldn't have enough content to fill the 2 minutes, but I soon found myself in surplus, having to utilize a single scene to demonstrate an animated character, the inventory, fishing, weather effects, and so on.

The teaser itself got a healthy amount of attention and resulted in some really positive feedback, hopefully resulting in at least a few more people excited for the game.

I've since been on break, but returned with that boost behind me and a fresh head to get stuck back in. I've been channeling my work time toward less broadstroke design, and more-so the finer details of gameplay that hopefully keep the game fun to play and feel good to play.

The first I've introduced is a new indicator when trading to give the player a ballpark of how well received a trade might be. This means crunching the numbers in realtime, hopefully reducing some of the mystique of the system and reducing some of the downtime. Previously, if the trade was bad, the player would have to sit through some dialogue before trying again. I came to realize this is mostly just needless time-gating.

It also helps gamify the experience of trading. Rather than just shooting in the dark, the player can experiment with adding and removing certain items to get the best trade possible. I want it to actually feel good when the slider moves up, especially when an item of considerably value makes the slider rocket upward. 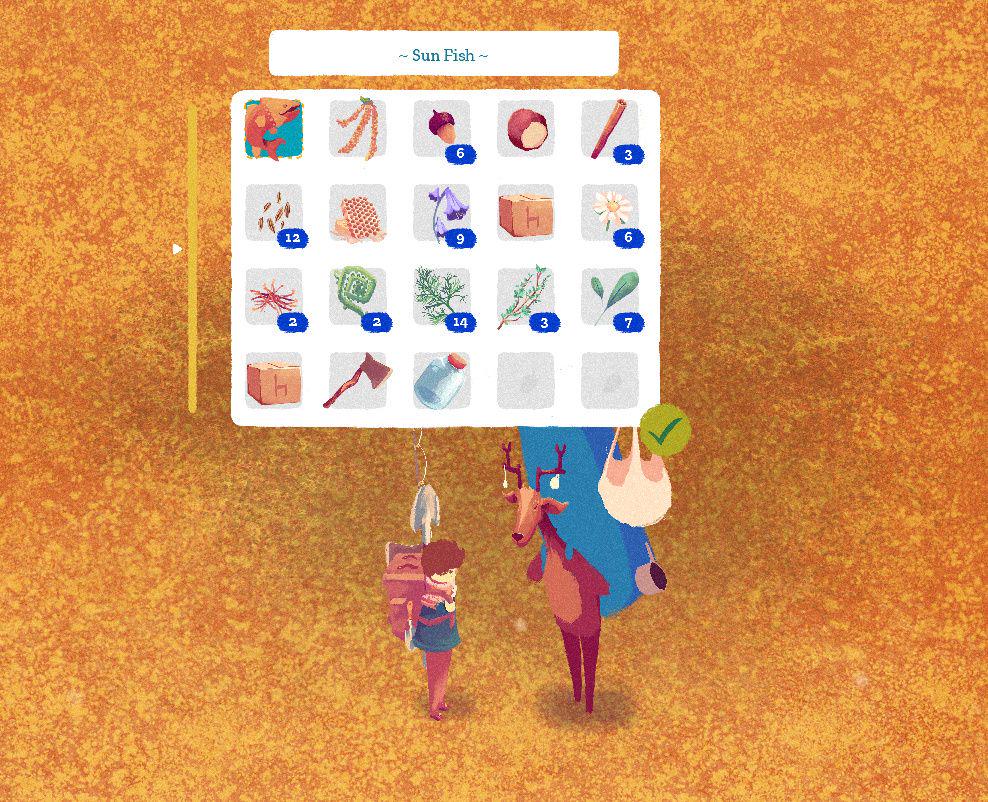 I think the key here is to make it a fuzzy unit of measurement. By simply telling the player the exact outcome of success before they attempt a trade makes might reduce the game world to the mechanics running beneath it. At the same time I don't want to trick the player into thinking they have a good deal when they don't, resulting in disappointment.

The plan is to have the slider get progressively more green, but unless the player's deal is vastly exceeds what's necessary, the slider will be more of a deep yellow. This is important, because the slider will only evaluate the inherent value against the characters preference, not the player's charm level, or relationship with the character, which are calculated afterward. This means there will be a degree of judgment from the player in knowing how risky a trade they can make.

This system is mainly in place to prevent a player from massively overpaying for some items without realizing, which is especially important as I start looking into considerably widening the value ranges of items as part of a move to include a form of 'end-game' (for those who don't know the jargon, the incentive to keep playing after experiencing all meaningful content in the game).

The current plan is to begin to introduce items and content that are likely too high for the player to afford by normal means. Instead, they will be accessed by the player obtaining rarer items that are rewarded from long term play, and long term planning from the player.

I'm hoping to introduce different events for each season in The Garden Path, but the most important will be 'Cold's Pass' – the final day of the year. At this time, the player will be given an option to wipe clean some of their work in the garden, and in return will have far better soil that will yield higher grade plants.

This brings with it a new important mechanic too. As The Garden Path runs alongside real time, what if someone misses Cold's Pass, for whatever reason, but had the intention of using it for the higher rewards? Should they miss it? It's unreasonable to expect a game to be a person's top priority. Since The Garden Path isn't hard-aligned to real-time already, I've decided to make a game world always run up to Cold's Pass, and then pause should the player not choose to play, or be unable to play. 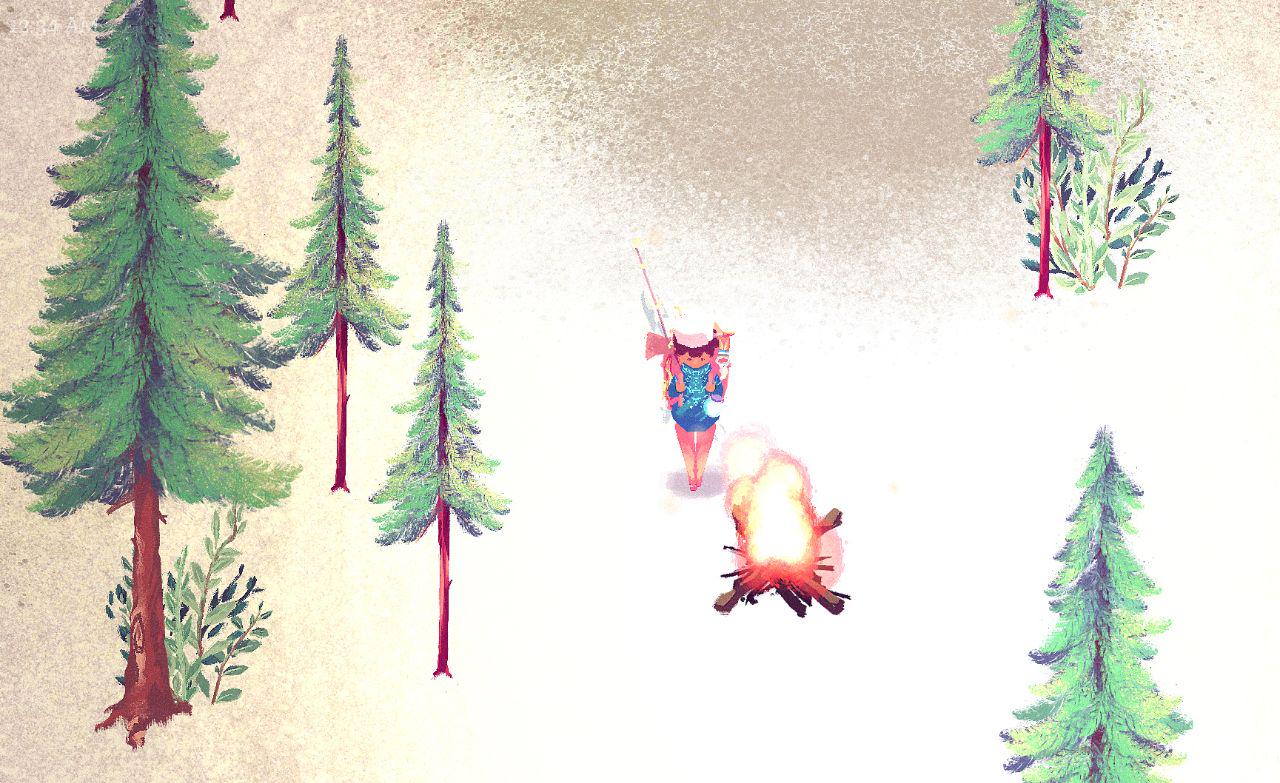 I think this is a fine balance between running the game purely at realtime, and giving the player more choice when they want to play. Hopefully, for someone who hasn't played the game in sometime, the opportunity of a new year, with the option to start some of their garden again, will spark an excited sense of a fresh start. It should, in theory, emulate that sense of 'seasons' in other games-as-service games, like Path of Exile, where everyone starts from scratch again, and introduces a new sense of purpose to the game.

These features will likely be a long time in the making, as I turn my focus to getting the core gameplay feeling good and feeling meaningful.

Still, it's important to see the woods from the trees, as it'll help guide the smaller details toward something that feels like it function in tandem with the wider picture.