This have been a little quiet over here, but fret not – development on The Garden Path has been as lively as ever, maybe even moreso.

With 2019 now coming to it's end, the big programming push is finally drawing to a close as well. While I have no doubt that 2020 will see it's fair share of coding, in theory it should all be hand-in-hand with all the content and artwork that will be tirelessly loaded into the game.

I've cheated a little bit, and already made a small start on the new artwork for the game. I'm feeling good about it. It's going to be a bit of a departure from the screenshots I've shared so far, but it will allow so much more visual cohesion across the game.

I've also migrated the artwork away from Affinity, and instead decided to house all my art for the game in Krita. Krita is the flagship free and open source painting software. While lacking a little bit in it's power as a design tool, as a painting too it's virtually unmatched. 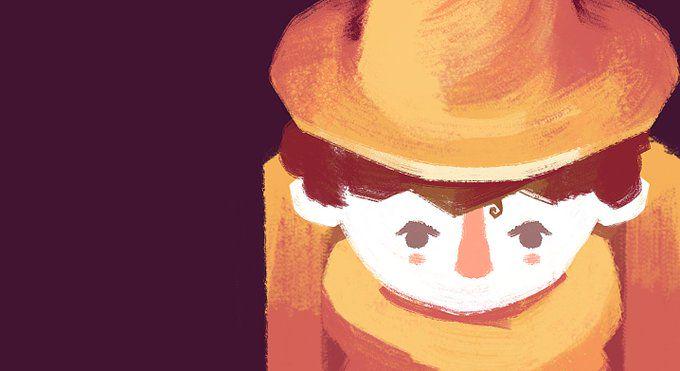 By combining Krita and Godot, The Garden Path becomes a game that's entirely reproducible and editable under free and open software. This future-proofs the game, and removes any risk of being locked down behind software licensing or pay-walls.

Since I've started from scratch, I've had a chance to review my old artwork, and build upon it. The result is a look that's much closer to my original intended tone and aesthetics for the game.

I'll begin sharing more glimpses into the new artwork in the coming weeks, but it'll just be sneak previews for now, as I continue to settle on colours, brushes and textures across the game.

I'll be discussing my about my new way of working in an upcoming devlog.

Work on the game throughout October and into November has been focused on unifying the user interfaces throughout the game.

Previously, all UI elements had their own, unique code. This worked to a point, but I soon realized that as each UI would eventually need to talk to each other, it made sense to unify them under the same tree of code, so they each know what to expect.

The main incentive was being so that introducing new UI wouldn't get exponentially difficult, but something more streamlined.

As players will want to swap items between a number of different interfaces – their equipment, their inventory, a container – it's essential to have a system where moving between each interface feels like second nature.

It now works by having each UI that's open on the screen scanning all four directions to see if there's any other UI around them. If it detects UI above it, it allows the player to scroll up and over into that other UI, then disengaging the UI it came from, for instance.

Some UI even scans each individual slot of the other UI, so it knows that when exiting that UI, you're landed in the nearest slot possible. This way it doesn't always set you back to the first slot each time when switching, making it feel more natural.

This was more work than I had hoped! But I'm closing in on a system that works. Sometimes UI thinks there's no other UI, or that some UI below it is above it. It's these little quirks that I'm still ironing out. But, in theory, I'll only have to steam the creases once.

Also, a little bit of polish to the Overview screen for switches between tabs.

Otherwise, extensive planning has finally been going into the content of the game itself.

This involves building my own Wiki of all the game's items, plants, fish, teas, and how they all relate to one another.

I've settled on a minimum of forty different plants to start with. A sizable number, without being too crazy. What's fun is the huge variety of different resources that can be obtained from all the different plants available to the player.

It's fascinating reading how different plants are related to one another, and all the different uses each one has.

I've finalized all the animal travellers in the game, the things they buy and trade and the whole broadstrokes of how the game's economy will function. In theory, each character has something another character wants, and the player can use this to their advantage, to purchase the items each character has.

It's something that will undoubtedly require endless testing and tweaking, but a strong initial plan couldn't hurt.