Thursday Report: Pick Me Up

“Inventory” and “management” are two words that send chills down my spine.

It's the dreaded reality of any game with carry-able items – a menu that brings the player out of the game, and forces them to suddenly play house keeping.

Inventory management supersedes genre – and the more we want fun items, stats, rare loot, new equipment – the more management there is to do.

There are games that have tried to make something fun out of it, and it's certainly true that there are those of us who get a kick out of a perfectly organized inventory, but I think the underlying truth is that the best inventory is one that you hardly notice.

And it probably speaks volumes that the games I noted as examples of good inventory systems, I could barely remember at all how they functioned. Because your inventory shouldn't be fun, nor should it be a hassle – it should be part of the experience of the game itself.

I've made a number of changes to 'The Garden Path' that I believe make the game much cleaner and user friendly in regards to inventory management, that I'll be focusing on over the next few weeks.

The first, as much as it breaks my heart, was removing the action of dropping items.

Think Animal Crossing or Minecraft – any item that you can pick up, you can drop on the floor in item-form: a self contained package that sits on the floor and typically serves no purpose other than to give that item a home before it is picked up. 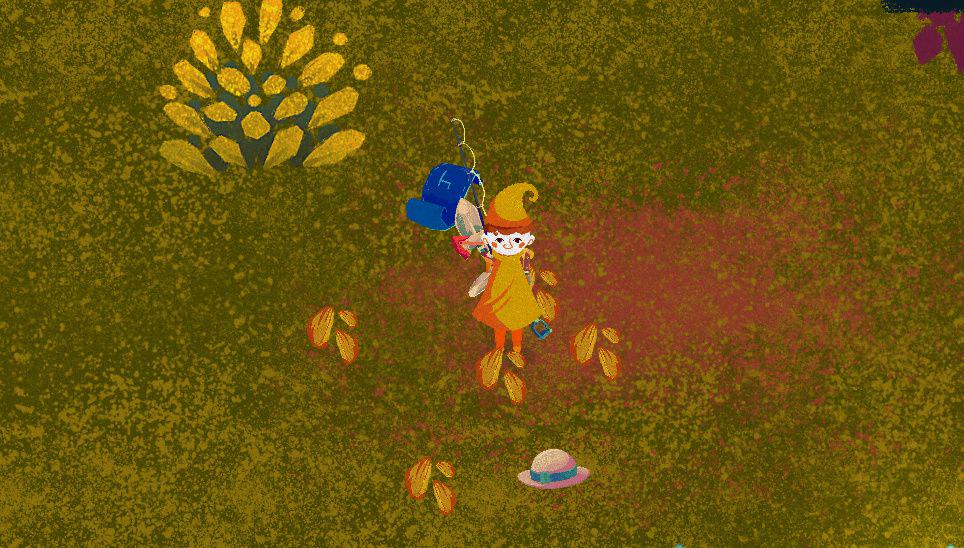 This is how 'The Garden Path' functioned up until now. It posed a number of problems. The first was figuring out a system where the game would remember the exact location the items were dropped. How long do they sit around for? Do they eventually disappear? Why, thematically, do they disappear? If there's a whole cluster of items, how does the player find what they want to pick up? Is there a limit to the number of items that can littered on the floor?

In addition, are there certain items that can't be dropped? Fish in 'The Garden Path' are not killed when caught (as they are a fantastical kind of fish), so it would not make sense for them to be represented by a lifeless icon, carelessly dropped on the cold-hard ground. Something about that unsettles me.

Admittedly, my biggest motive was that it's just messy. Placing an item down, like a chair or a new plant, has a weight and a purpose – throwing a shirt down on the floor only serves the purpose of giving it somewhere to live when it has nowhere else to go. A strange, temporary state.

Instead, items are now bound to the the inventory. They are held there and they are safe. When 'harvesting' a prop, instead of the prop flinging out the item it produces something, the item is added straight to the player's inventory. A shining light travels from the prop to the player, and an icon appears in the bottom right to notify the player that they have obtained a new item.

This also means players no longer need to run after whatever it is they harvested.

This immediately brought about a new problem, however – what if the player's inventory is full?

While before, items lying on the ground simply stay there until space is made. What about when an item is automatically placed into the player's inventory, how does the player know if they have the right capacity?

What I knew I wanted to avoid above all else is a dialogue window that reads (something along the lines of) “Uh oh! You've run out of space! Swap something out so you can pick this up.” Because, while it is cute, having a full inventory is already frustrating enough without having to sit through and navigate the same message every time.

And that's the trouble – a full inventory is always a frustration. It's an end to whatever flow the player was in, a roadblock to contain them. But to remove a limit entirely suddenly makes items trivial, and provides the player with bottomless pockets to fill and make endless returns on. It's a balancing nightmare.

I explored a number of games and how they went about this. Pillars of Eternity curiously does away with a limit all-together, Guild Wars 2 lets you carry excess items in a little menu until you create the necessary space. Most games simply stop you in your tracks.

It's Bethesda's open world games that brought me to what I think is the solution. It's an idea that I'm surprised isn't utilized more. The bottom line is: the more you carry, the slower you walk. Eventually, once you've hit the absolute limit, your character is unable to move. 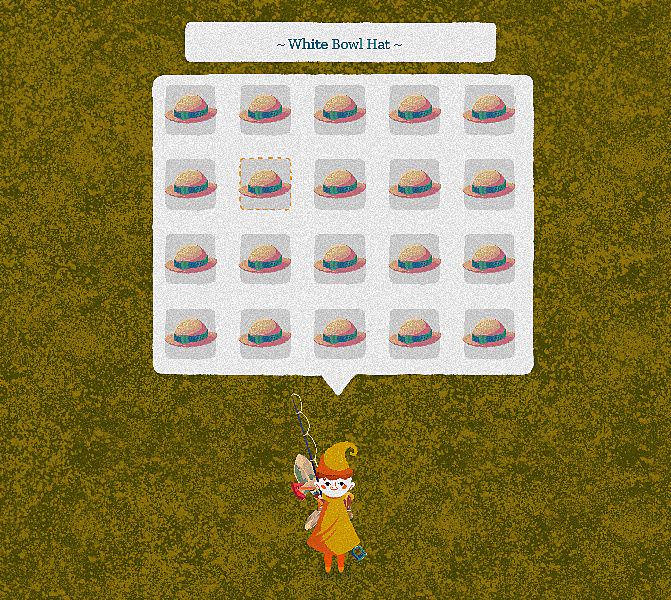 Granted there's still a point at which the player is (literally) stopped in their tracks and forced to reorganize, but by design the player is given much warning before reaching that circumstance. The player may even decide that the walk back to base at a slower pace is worth the additional weight.

Best of all, it removes the need for any intrusive menus. Instead, the warning is tactile – it's felt by the player.

I've yet to implement it, but I think this will suit the game well. I'll be eager to see the response it gets during testing.

What I'm still figuring out is how the surplus items will be represented through the game's UI.

I've been working hard recently on how each element of the game's UI works with one another and plays. I think I've finally found a 'Overview' menu that fits right in, after many a re-design.

I'll be back to talk about that next week. Stay tuned.