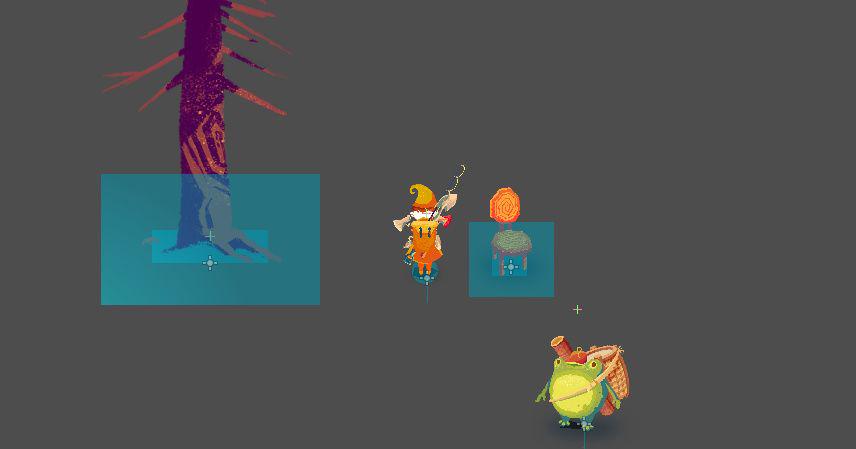 Thursday Report: Show Me The Money?

Game economies are notoriously difficult beasts to tame. Fortunately The Garden Path is single player, which makes things more manageable, but minds work in different ways, and when releasing a game to the wider world, suddenly there's exploits beyond what you can control. Unintentional loopholes, or ways to play the game that prove to be more profitable, ultimately ruining the fun.

From the beginning of building The Garden Path, I wanted to tackle the challenge of structuring a game with no global currency. No 'gold', 'rupees' or 'caps'. Instead, all items have an inherent value, but different characters all value different items differently.

I think this gives the game more flavour. Instead of selling items to characters that have seemingly endless pockets of currency, it encourages you to be more alert about what you have, and the characteristics of the personalities attracted to your garden.

A global currency typically lends a way to reward all play-styles. This is somewhat true, although inevitably players discover a specific play-style is often more efficient, forcing them away from the play-style they enjoy most. But a global currency means someone that likes, say, bug catching, can sell their bugs just as someone that enjoys fishing can sell their fish. Doing away with this adds an extra step – players may trade fish for constellation patterns from Jenny the stork. Players that don't enjoy fishing might have to buy fish off Augustus the bear by collecting honey. How much of a burden that is will be hard to say, but I think I would prefer to double down rather than work around it. By reducing everything to a currency, it somewhat homogenizes each part of the game. I'd prefer each play-style to have it's own identity, it's own paths and methods – that exites me more.

And so, every single item in the game will have a number of tags, invisible to the player, from a global list of possible tags. This could be 'edible', or 'shiny', or 'practical'. The tags are binary, the item either has the tag or it doesn't. Each character then has its list of tag preferences, and a numerical value to increase or decrease how much they value that tag – Augustus the bear will value rustic, wooden items over items that are decorative or modern, for example. 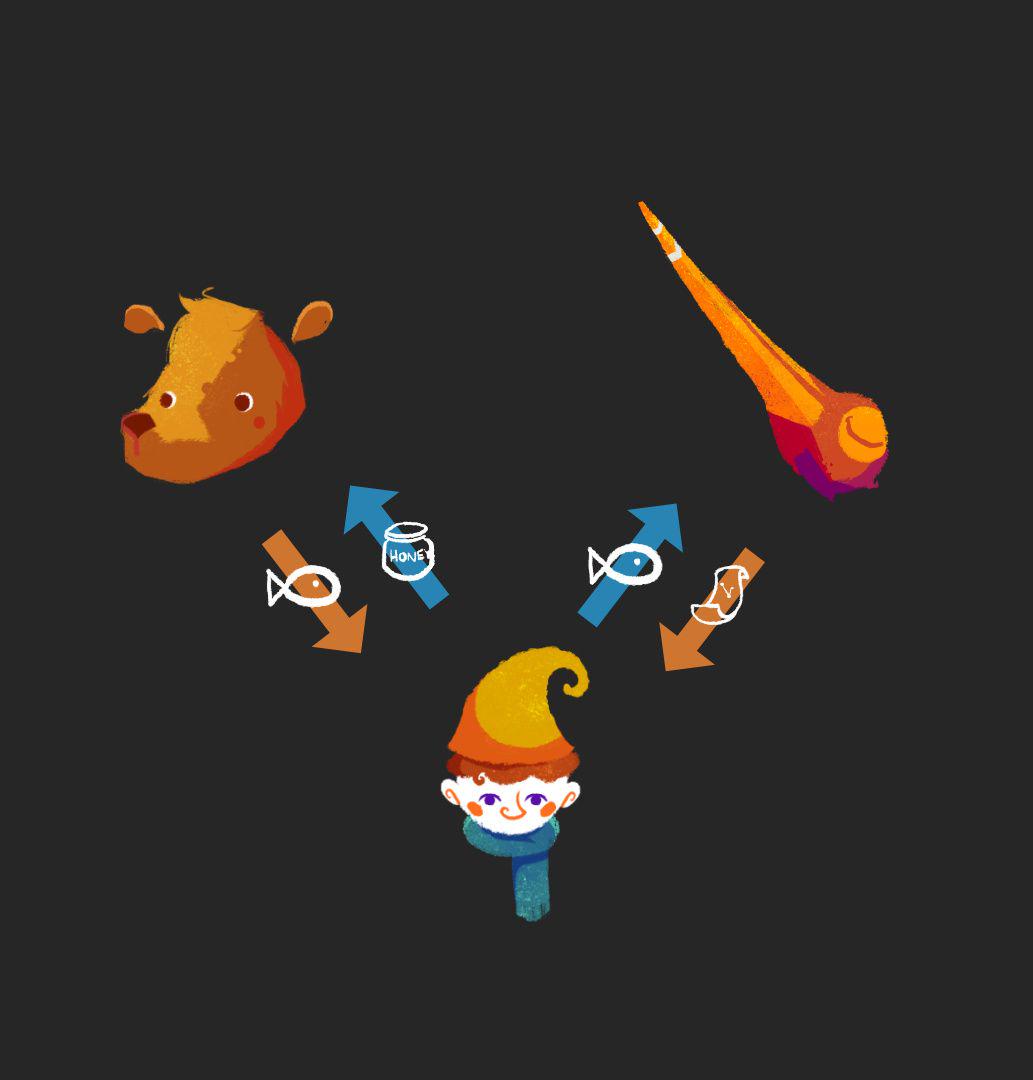 The item also has a value multiplier. Although characters have their preferences, they'll still likely concede to selling a bag of fertilizer to you for a cut diamond, even if they've got no use or want for a diamond. Since it's a multiplier, an item that's both valuable and appropriately tagged will appeal to that character exponentially, making it a very appealing trade.

A hidden 'warmth' value will affect how much you appeal to a character, both inside and away from trading, so this might just tip the scales in your favour.

Sure, sometimes you'll get a raw deal, but that's life, and life usually doesn't operate on any kind of objective value.

Social cues will make it obvious whether or not you're getting away with a good trade or not, so it isn't a complete shot in the dark, and you can always back out. If a character seems reluctant, but gives in, you know you've made a good trade. Maybe if you've totally overshot your mark, a character that warms to you will refuse on principle, or ask if you're certain.

When discussing this, a friend of mine pointed out that an exploit would be exponentially inflating an item's value by repeatedly buying low from one character and selling high to another. The reality is, however, a character's pockets aren't infinite – you can only trade so many times in a day. But more importantly, these characters aren't sales-people. The items they carry they do so because that's their business to do so. The characters are loss averse, as are we all, and are only trading because you were the one to ask. You can't forcibly sell your junk, but there's always someone who will think that junk is treasure.

Hopefully that shines a light. Coding this kind of thing is much less exciting than discussing the theory behind it, and it's a long, arduous process that I'm deep in the middle of.