Welcome to the first development blog of the new year! A fair bit of time over the last couple months have been spent moving out of my old flat, and redecorating the new office, which accounts for my absence.

I'm all set up now in the new den, and ready for the big push for The Garden Path.

A new deadline is on the horizon: The Godot 2020 Showreel. I can't believe it's already been a year since the last showreel. I've been looking back at the progress that's been made, considering what's worth sharing, and what will garner the most interest in the game — 10-15 seconds isn't a whole lot of time to fill.

With the majority of the game's systems in place, the showreel has been a great motivator to start getting some artwork down and imported into the game. This means villagers, flora, different clothing and furniture, all to showcase what the game is really about.

Somewhat under the hood, I've been preparing all the databases for which items and props will appear in the game, labelling my progress on each ones artwork as I go along. I think I've settled on a good number of different items, that's both realistic to achieve, while also pushing myself to make the game as rich as possible. 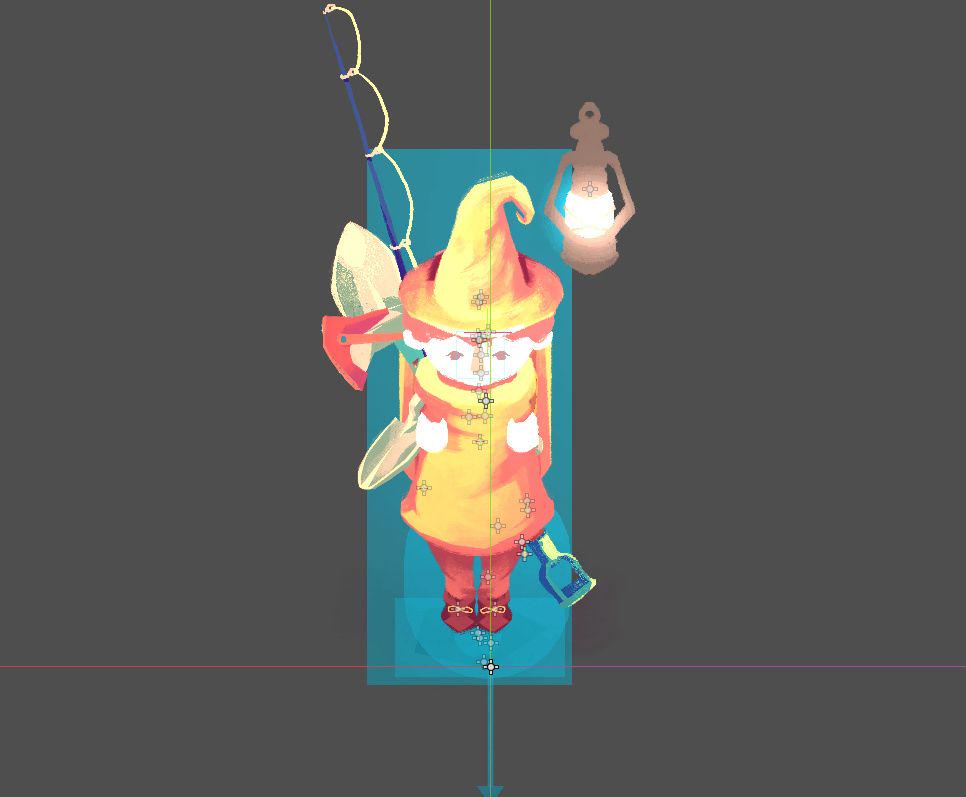 A visual update to the Overview menu (hopefully closing in on the final design this time) has opened up some new items for the player to customize their character. A lantern is the latest addition, a simply cosmetic item that the player can pull out and put away at anytime. This helps should be player be playing in the dead of night, if their garden isn't well lit. 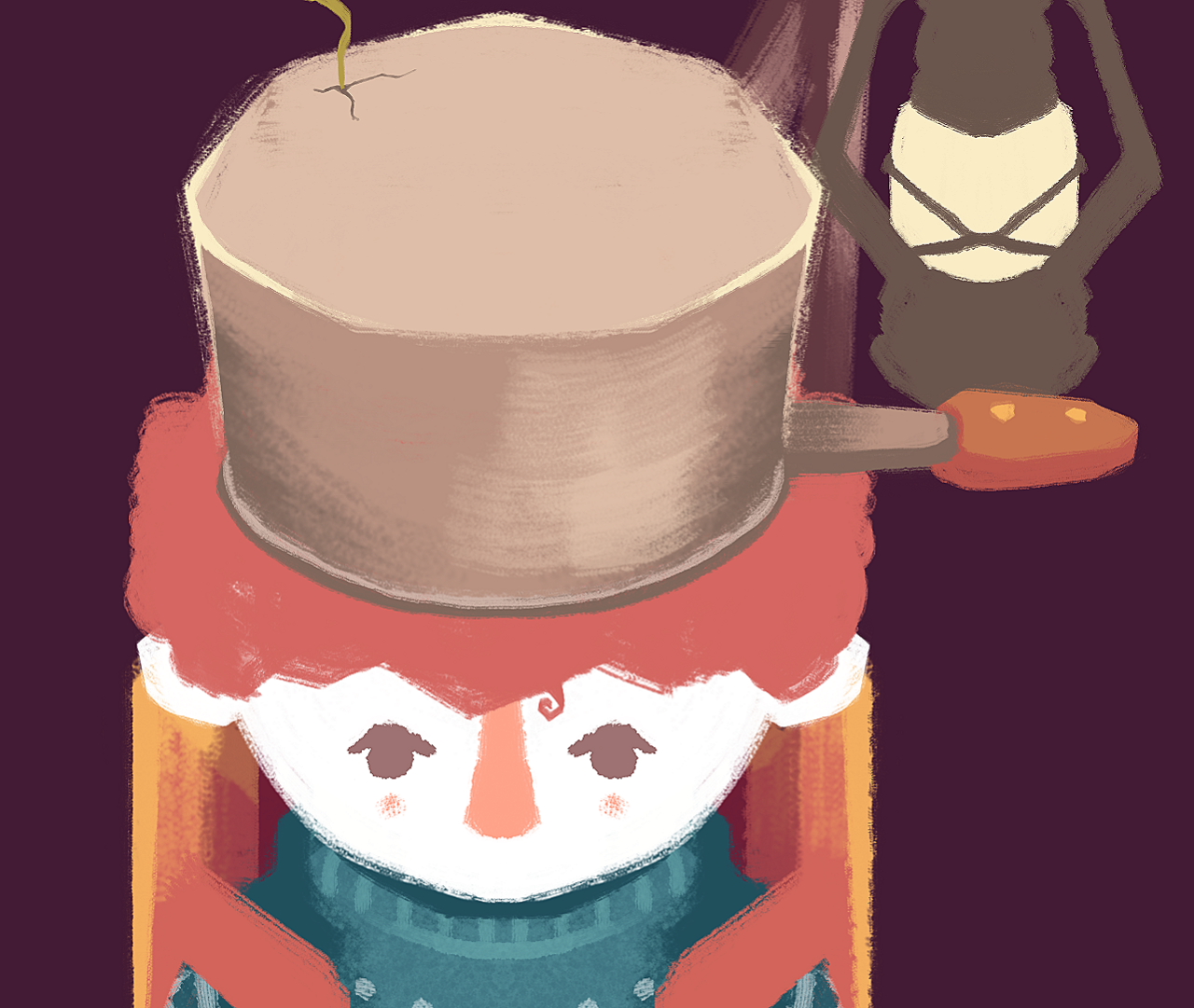 Pouches are another small addition. While I was hesitant to have backpacks carry different stats on how much the player can carry (what if a player's favourite backpack is objectively worse, for instance) I figured a simply way to add some progression is with pouches. Two slots allow for gradually increasing the capacity of the player's inventory, while not affecting the visuals of the player character themselves.

While previously a player's trousers were dictated by their 'garb', now they're a separate item to collect and customize.

The final addition are dyes. Combining certain botanicals, the player can unlock different colour combinations to change the look of their character. This comes along with the change that there are no longer dozens of colour variations to collect and clutter, but instead if the player finds a hat they like, they can swap in and out any dye they desire. 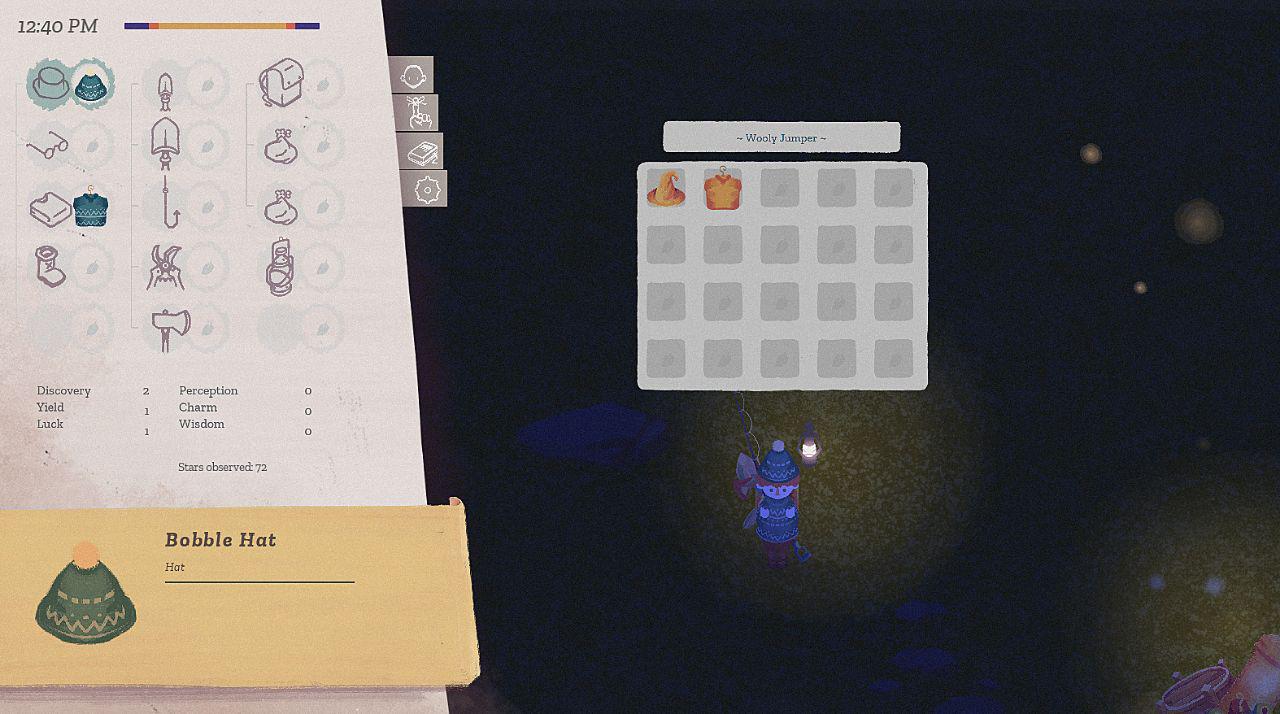 For now, the main focus is getting key elements in presentable order for the showreel – these will be equipment, furniture, and villagers.

I've somewhat shied away from showing the vegetable villagers in my screenshots before, and this is only really because I only needed one in order to test – and that was Hubert the apple. No more! I want to make sure that they are the centre of the game's aesthetic, as they should be.

Currently 50 different villagers are planned with names, all with their own unique combination of personality, requirements to grow, and personality types. I've already made a good start on a handful of them, as each of their heads will be individually illustrated. 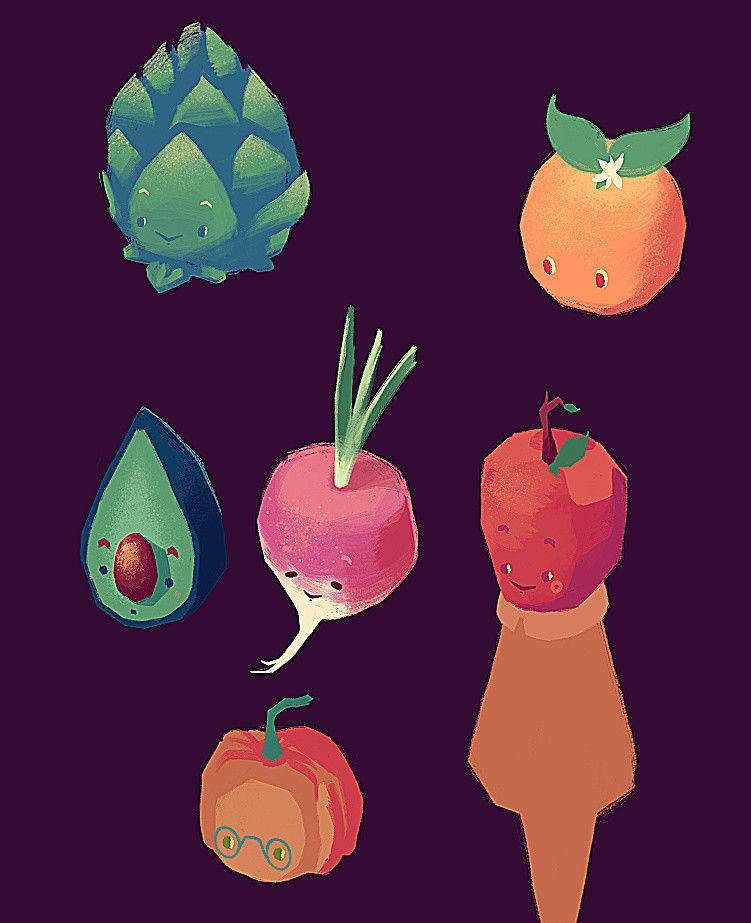 Along with the showreel, I'll be developing a proper announcement trailer for the game, closer to one minute in length, as well as finally pushing the new look and design for the game to Itch.io to give people a better feeling for the game's updated aesthetic.

It's been full steam and ahead, and no slowing down! I'm feeling burningly close to finally having a playable experience in my hands – with play testing still looming over me.