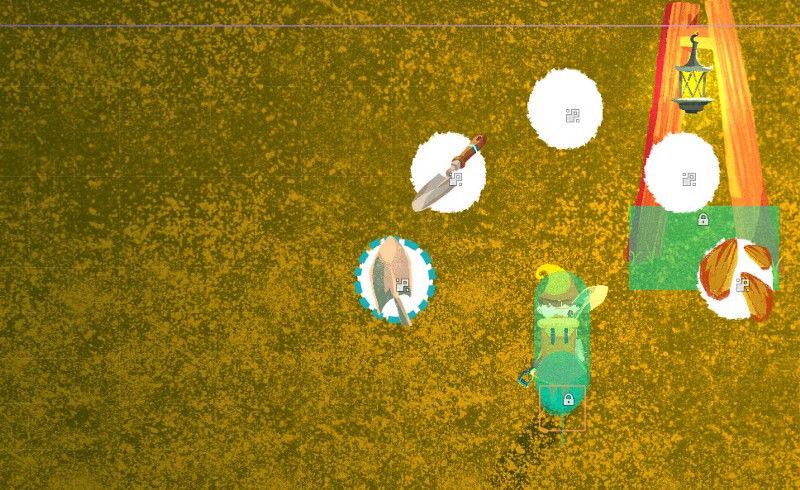 Thursday Report: The Right Tool For The Job

This week I focused on building and refining the action system in the game.

While I had something rudimentary in place to handle digging holes, talking to NPCs, and so on, building upon the system should give me a great platform to fill the game with potential interactions.

This time, the system first checks which tool the player is holding, and then looks to see if that tool is relevant to any contextual item that is around them. This goes on the theory than there’ll be fewer tools in the game that interactable object types. This might be jumping the gun at the moment, but I guess time will tell!

Certain actions will likely supersede everything else — speaking to an NPC, for instance, shouldn’t mean you have to put away anything you’re holding. So, if the player’s interaction bubble meets an NPC’s, and they press the action button, a discussion will always take place. I’ve no doubt somewhere down the line this could cause frustration, where a character might be milling around a space where the player wants to dig. I’d certainly favour this over swapping out tools whenever a character is nearby.

That said, there’s no reason I couldn’t implement a toggle button where the tool always have priority. 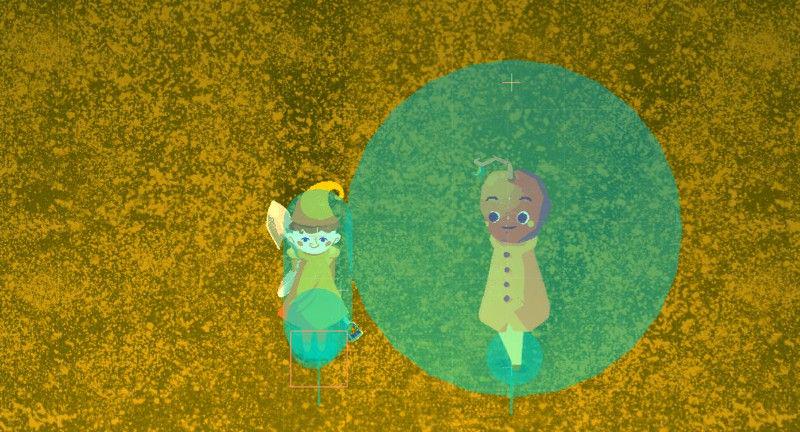 This actually a terrible interaction bubble, squares might be better.

With the new system in place, I’ve begun rolling out more specific actions like, for instance, planting a seed in a hole dug by a trowel.

I’ve yet to sit down and figure out a system where a vast array of different types of items, seeds, flowers and so on, can all be introduced into the game’s framework without too much work on each typeset.

Not quite tall enough for golden goose eggs.

This leads me to the new equipment menu (or so I’m calling it for now) that I have been developing. Most games have a menu separate from their inventory menu that allows quicker access to certain items. This usually resides at the bottom of the screen, always visible, and items can be hot swapped much faster than trawling through any inventory screen.

There are a few principles I’m resting my laurels on in regards to the game and UI. The first is that I want the screen free of any UI whenever possible, and the second is that UI (when on-screen) should feel tied to the world itself.

A bar at the bottom of the screen wouldn’t feel tied to the world, since that space is dictated by the screen itself (the ‘screen’ doesn’t exist in the established world). Instead, a menu that appears around the character is more appropriate. 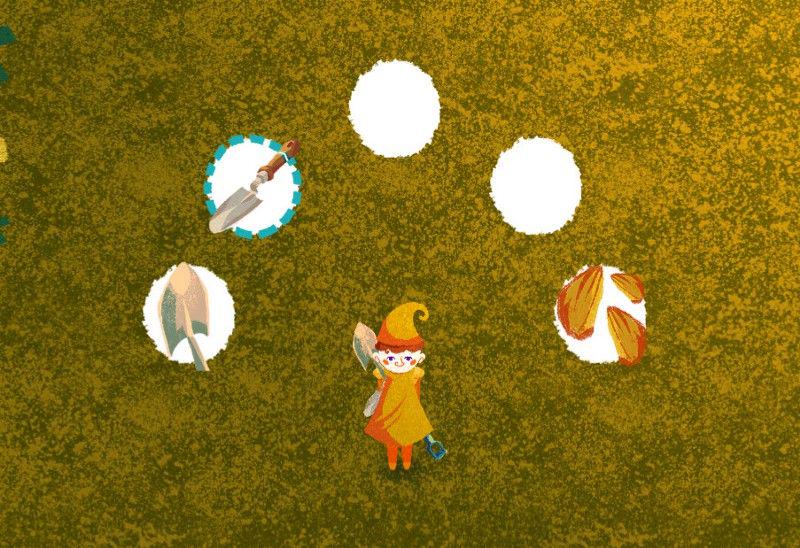 A definite downside to having no constant UI elements is that this usually means the UI is locked behind a button and an animation that only leads to slowing you down. While I’ve always been one for taking the slow road, I want to create something that feels very clean, and responsiveness is a big part of that. Some players may also wish to play as efficiently as possible, and that’s fine too.

I’m comfortable with how snappy the menu is behind a button, but I’m hoping to have the menu also tied to the number keys on the keyboard, and the right analogue stick on controllers, so tools are just a flick or a press away.

I’m undecided whether this menu should be tied to exclusively the tools the player owns, or if this is something the player can customize with whatever items from the inventory they wish. Currently I have the seeds tied to the fifth slot for the sake of demonstration.

A few small animations and sounds tie the whole package together.

Many of you have probably also noticed the addition of the player’s tools being appended to the backpack itself. I’m surprised this isn’t something that occurred to me even after playing some hours of ‘Breath of the Wild’. It’s an addition that just gives the world a little bit more weight, especially as more and more tools get added. It also helps visualize swapping out different tools, as they’ll appear and disappear from the player’s back.

Maybe most importantly, it’ll be a chance to flaunt unique and rare tools that can be obtained throughout the game. Of course, those that aren’t so hot on the ‘burdened gardener’ look should be able to switch it all off if they choose to. 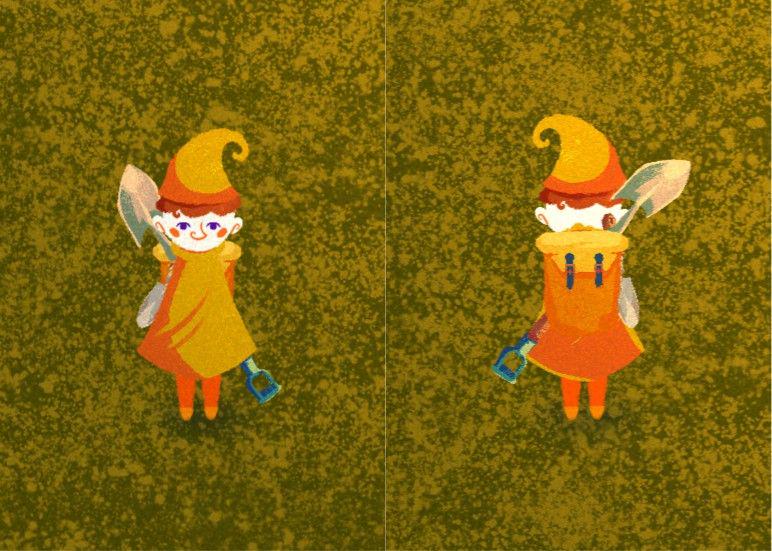 I’ve toyed with the idea for a unique visual gimmick being ridiculously large backpacks, but I’m not sure I’m ready to make that jump yet.